A new XR Ludlow and Leominster group has been formed.  Find out more by:

Emailing the organisers at XRLudlow&Leominster@outlook.com

A rare opportunity to invest your money, earn interest and improve people’s lives all at once

Shared Interest invest in loans to people in developing countries who are wanting to get into fairtrade but need some help to get started.

Sally says this about the work that they do:

‘It is simple: investing in Shared Interest will change lives.’

The talk will be preceded by fairtrade tea and cakes at 3.30

St Peter’s have asked us to mention that immediately before this event, they will be holding a Lenten meditation from 2.30 to 3.30.  You are welcome to come to this, but if you are just coming for the fairtrade event, please be aware of the need for quiet if you arrive early.

Posted in General | Comments Off on Fairtrade : Shared Interest Talk. 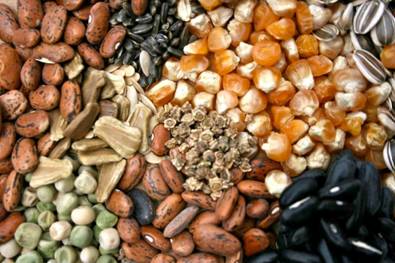 Bring your saved seeds, unwanted seeds and seedlings of any variety (edibles and ornamentals). FREE friendly advice for new growers available about saving seeds and growing. FREE to attend, just pay a donation if you have nothing to swap 🙂    Plants and produce are also welcome swaps.  Free parking available

Posted in Local Event | Comments Off on Seed Swap Saturday 16th Feb. 10am to 1pm.

Browse the wide range of 100% fair trade and ethical products – unique handcrafted  gifts, Christmas foods and decorations, Christmas cards and lots of groceries and chocolate.
Shop Traidcraft this Christmas and make a positive difference to the lives of families and communities in developing countries
Posted in General | Comments Off on Traidcraft Christmas Fair Sat 17th Nov

Millions of farmers and workers are still being ripped off despite working hard to provide the products we love. Unfairness in global trade is rooted in centuries of exploitation. Producers are fighting for a fair deal, supported by Fairtrade, earning their way out of poverty and transforming their communities

Consumers are sometimes sceptical about whether the Fairtrade Mark actually makes a difference to the lives of producers. It absolutely does. In addition, there are also a wide variety of other excellent fair trade standards and labels in Europe and other parts of the world.

Trade is something everyone does as a matter of course not from time to time. Being fair to producers should be a given in all trade. It isn’t! Yet consumers continue to support trade without always questioning if the producer or someone else is infact being exploited.

This year Ludlow Fair Trade Town Group is celebrating 15 years since being awarded Fairtrade status at the end of 2002. We’ll have events and activities throughout the year as well as in Fairtrade Fortnight.

Events and Activities in Ludlow:

Look out for Fairtrade displays in shops and cafes in Ludlow and choose Fairtrade products they supply.

Throughout the fortnight and beyond, St Laurence’s Church will host a Traidcraft stall of food and crafts

Traidcraft Exchange Hidden Entrepreneur Appeal . If you donate before 11 April the UK government will match your donation pound for pound. The people in some of the world’s poorest communities have the talent and determination to succeed in business, but lack the opportunity and training. They want to build a future of hope.

Or donate to the Appeal before 11 th April to double your donation at:

Posted in General | Comments Off on Fairtrade Fortnight 2018

Posted on December 6, 2017 by Megan Blackmore

Could you be part of the Ludlow Green Festival Team for 2019?
Volunteers are needed to help with:

There will be a meeting on Thursday 15th November 2018 at 7.30 pm at the Rose and Crown, for individuals and organisations to talk about how they can be involved.  Please come along if you can, or if you can’t make the meeting but would like to be involved,  contact us here.

Posted in General | Comments Off on Green Festival 2019 – Get Involved! Meeting 15th November 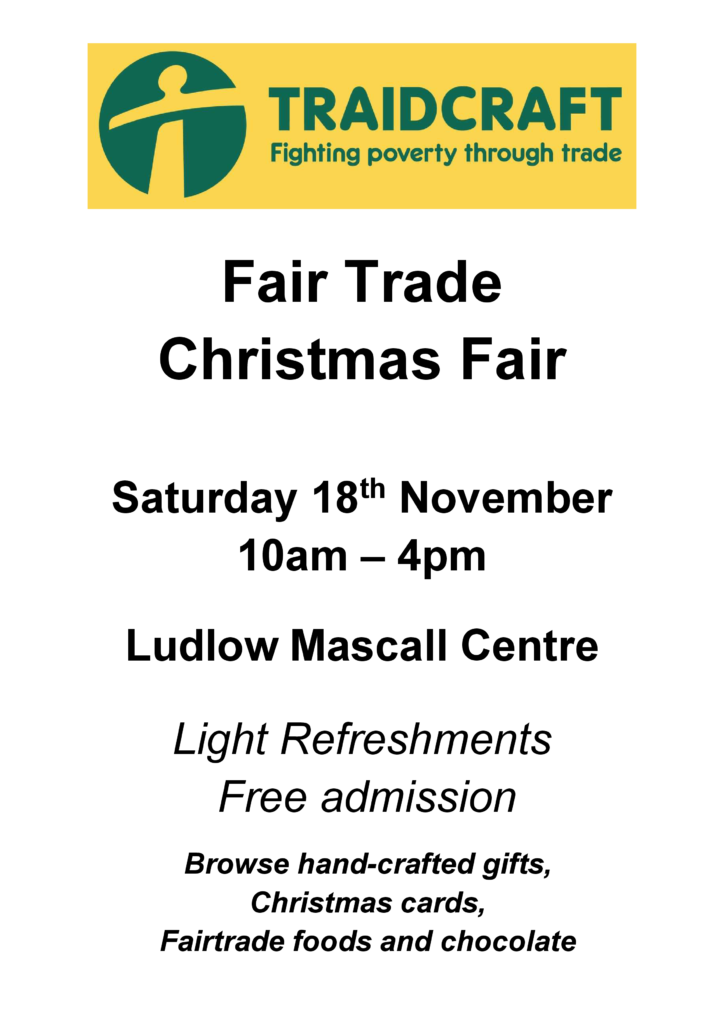 Posted in General | Comments Off on Fair Trade Christmas Fair

A date has been set for the Green Festival 2018 – Sunday 8th July.  More info coming soon.