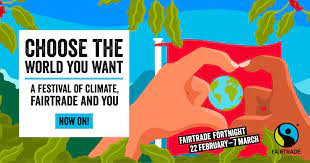 There’s so much happening over the next two weeks as we celebrate the key workers we often take for granted.

This Fairtrade Fortnight will have a special focus on the climate crisis, with a free festival of online events and activities to entertain, educate and inspire us all to choose the world we want to see.

There are live events happening every day, from cook-alongs, to panel discussions, and opportunities to speak to the important people who produce the commodities we rely on – live from Ghana to Palestine. Check out the full line up here and register for as many of these exciting events as you can!

You can also hear from Fairtrade farmers and workers in the Storytelling Tent, explore poems and art created by young campaigners in the Exhibition Hall and take part in competitions to win fantastic prizes.

We’ll be showcasing our favourite Fairtrade stockists over the next couple of weeks on our Facebook and Twitter feeds. Follow us to find out where you can buy ethical clothes, food, gifts and more…and please do say “hello”!

We can’t wait to see you at the Festival.

You can learn more about Fairtrade in Ludlow by visiting the Ludlow Fairtrade Town Group website: https://ludowfairtrade.com.

Did you know…you can make a difference right now, simply by shopping in the right place? Traidcraft sell a range of ethically sourced food, drinks, gifts, homewares. Every purchase helps to transform the lives of small-scale artisans, farmers and their communities across the developing world. Visit the online shop at www.traidcraftshop.co.uk

NEWSLETTER: Our  January 2019 newsletter, with lots of news of events and Fairtrade, can be found here.

Our Aims – To support and promote the sale of fairly traded goods and increase consumer demand in and around Ludlow.

We are supported by businesses, churches, schools (as sub-groups), the town council and Traidcraft, each represented on our steering group.

There are over twenty businesses in Ludlow which sell or use fair trade products. These range from gold and silver jewellery, clothing and crafts to a wide range of food items.

There are also a number of cafes serving fair trade teas, coffee, hot chocolate and sugar. Ask for Fair Trade on the menu.

You can identify outlets that stock or use fair trade goods by the window sticker: 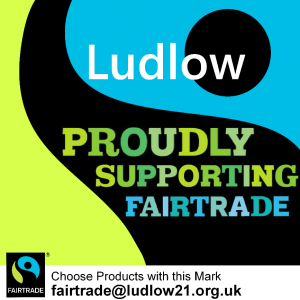 A recent new initiative that has come from the Fairtrade Business Group has been the production of our own chocolate products which are fairly traded and also produced locally. It has been part of the formative work behind the creation of ‘Just Good Locally Ltd’ which is a small company whose aims are to promote local and fairly traded products and support local charities.

The chocolate that we produce has come about through a collaboration between the Ludlow Fairtrade Business Group, local chocolatier Bonbonniere, the design team at La jewellery, the Ludlow Art Society and local volunteers.

Currently we have chocolate bars in plain and milk chocolate and bags of chocolate buttons, again in plain and milk. The artwork is by members of the Art Society and a feature of our products is that the art work changes from one edition to the next in order to promote the work of a range of local artists.

20p from the sale of every bar or bag is donated to a local charity.

At the Ludlow Food Festival in September we hope to launch a new product – natural/’healthy’ chocolate.

Our chocolate is available through the following outlets: The Broad Bean, the Ludlow Food Centre, La jewellery, the Local to Ludlow café, Myriad Organics, the Parkway restaurant and Wesley’s café. 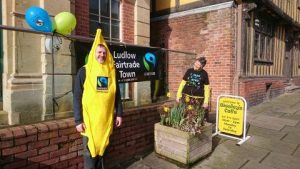 Churches in Ludlow are committed to supporting fair trade. Wesley’s café and the Traidcraft outlet in Ludlow Mascall Centre have a Christian base but both have always reached out to people of any faith or none and have supporters and customers who may or may not be from a church background.

At primary and secondary level, Fairtrade is taught and experienced in the curriculum, and through assemblies, tuck shops, after school clubs and Fair Trade events. Ludlow College is involving students in extra- curricular Fair Trade activities 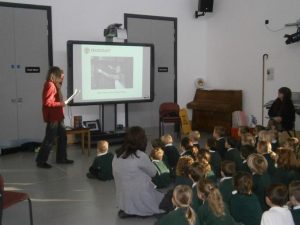 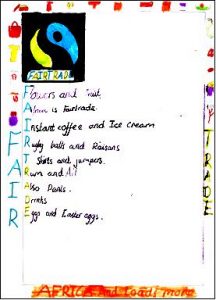 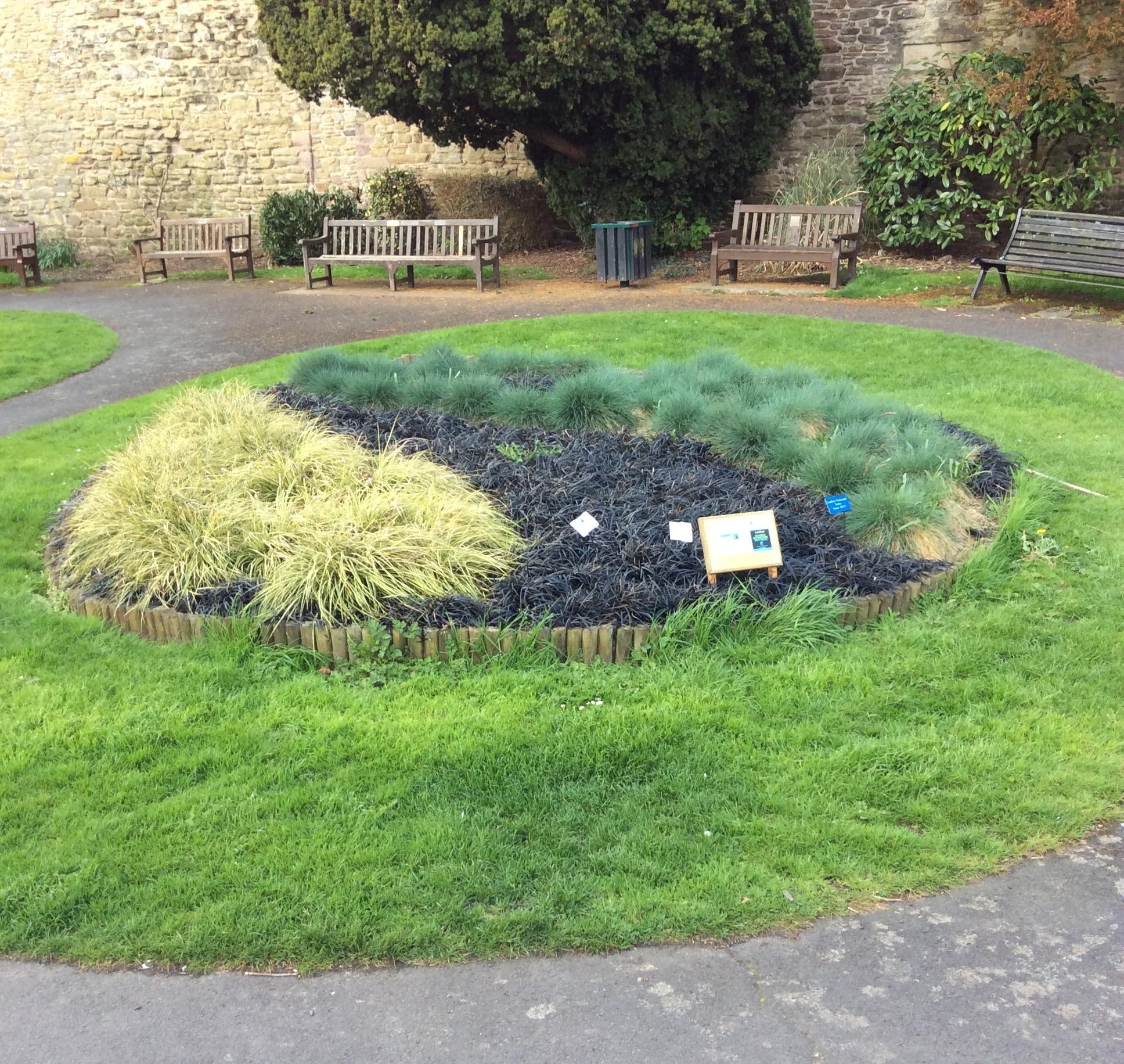 The Town Council supports fair trade and works closely with the Fair Trade Town Group. We worked jointly during 2016 on depicting the Fairtrade Mark through the redesign and re-planting of the circular flower bed (next to the cannon near the castle) The bed uses perennial planting and is easy and cheap to maintain.

Traidcraft operates separately and is run as a Fair Trader enterprise with Traidcraft in Gateshead. There is a small but well stocked Traidcraft outlet in Ludlow Mascall Centre which supplies goods to other stalls in town and elsewhere. The Fair Trade Group and Traidcraft work closely together. 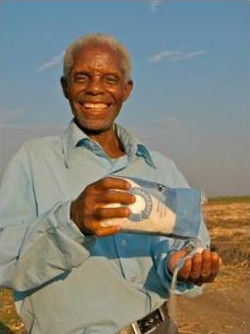 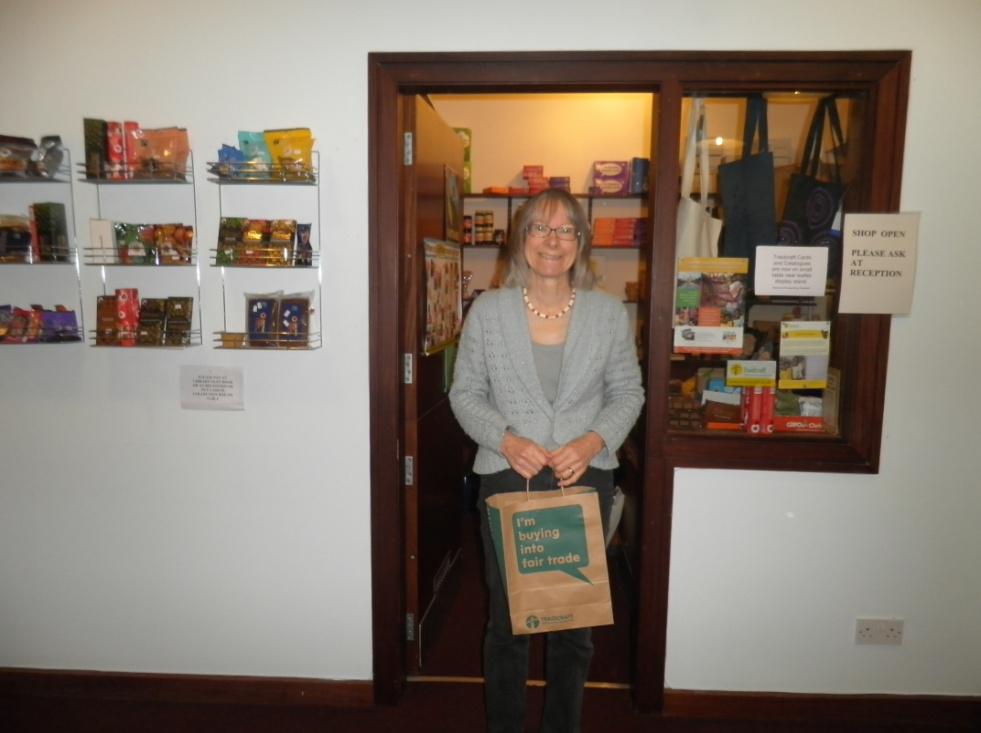 We run a regular Fair Trade stall at the Local to Ludlow market, and at the Green Festival and special Fair Trade events are organised through the year, particularly during the Christmas season

The Group also focuses attention on wider issues of unfair international trade, joining with national campaigns working to change the rules that govern world trade in favour of and not against poor people in the developing world.

Fairtrade Fortnight takes place annually in February/March, across the UK. Local activities and displays are organised to draw attention to the issues around fair trade and promote the sales of fair trade products in order to further encourage the purchase of Fairtrade products. 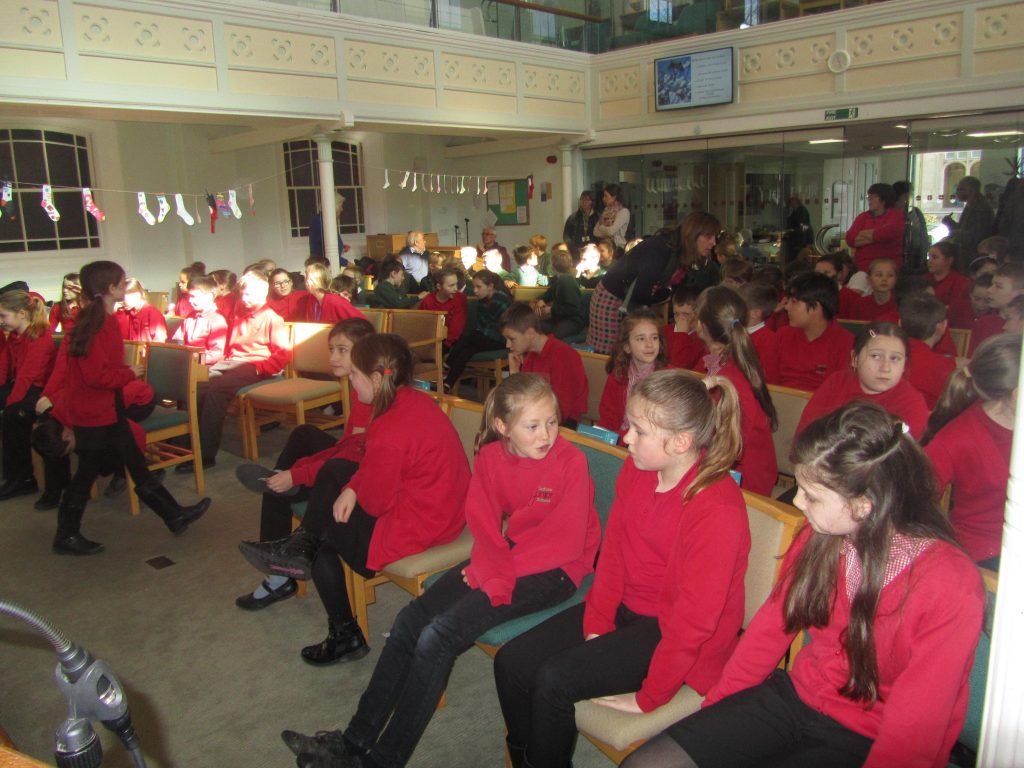 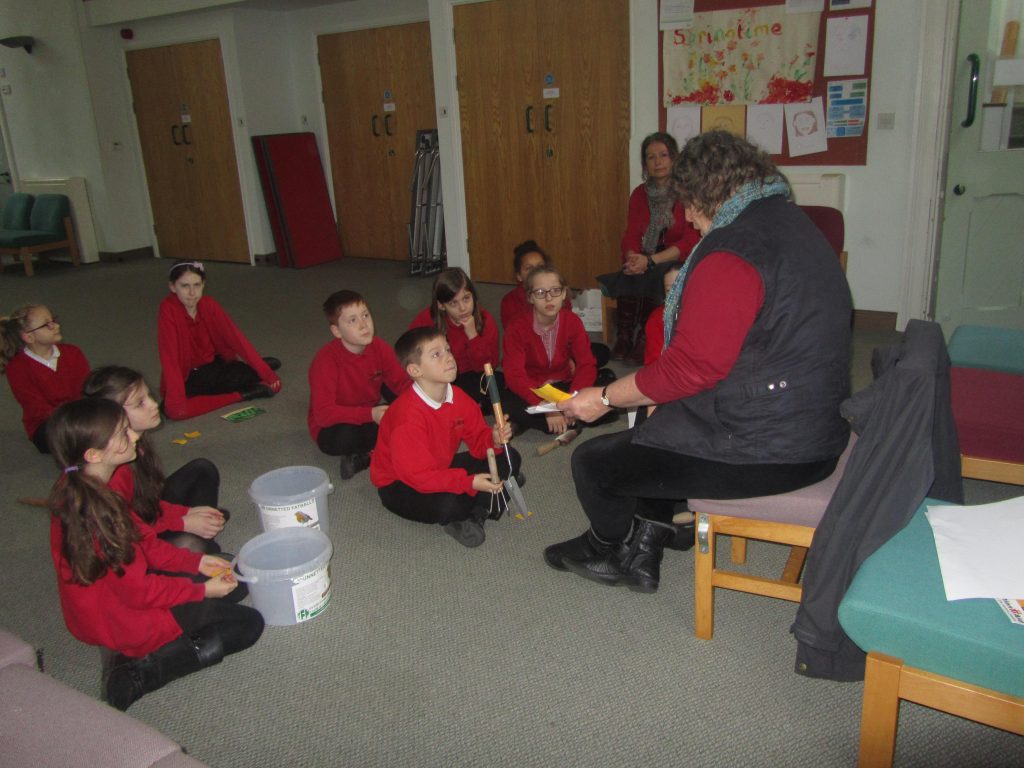